Today
A 30 percent chance of snow showers, mainly between 1pm and 4pm. Increasing clouds, with a high near 30. Southwest wind 13 to 17 mph becoming northwest in the afternoon. Winds could gust as high as 28 mph.
Tonight
A 10 percent chance of snow showers before 7pm. Partly cloudy, with a low around 0. Wind chill values as low as -15. Northwest wind 13 to 17 mph.
Friday
Mostly sunny, with a high near 11. Wind chill values as low as -16. West northwest wind 10 to 13 mph.
Weather forecast provided by weather.gov.
Sign In LinkSearch

Before entering his current role as an administrator, Mr. Boyer has enjoyed 20 years as a classroom teacher in the Morley Stanwood Community Schools district.  He also has had the opportunity to serve two terms on the Reed City Area Public Schools board.  The combination of these experiences leave him excited to take on the role of a building administrator.

Mr. Boyer’s outside interests include raising his three daughters, Alyssa, Lauryn and Willow.  Currently all three of his daughters have graduated from high school and are pursuing their individual paths.  Mr. Boyer has also been an active coach, both in the school and as a community coach.  He started as a wrestling coach, but later moved to coaching basketball and soccer, which were sports that his daughters found more love for than wrestling.

Other outside experience that Mr. Boyer brings with him include a wide variety of educational fellowships around the United States, participation as a State Department fellow on an educational trip to the Philippines for a month to study their educational system and a similar trip to Japan to study educational models.

Feel free to stop in at the office and say hello if you get the chance! 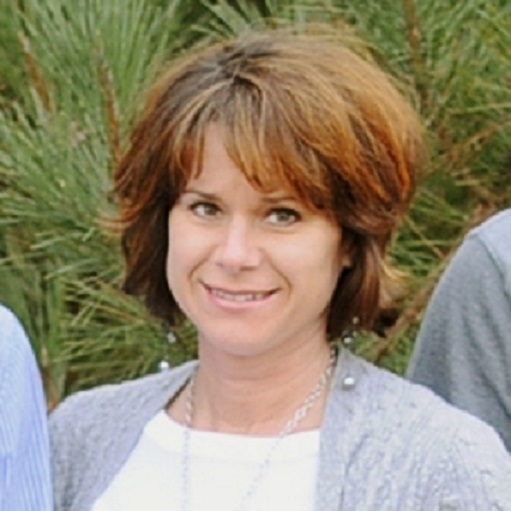 Greetings, Aggies! My name is Diane Fussman and I am the High School and Middle School Secretary. I am a life-long resident of the Beal City area and grew up on a dairy farm just outside of town. Growing up I was the youngest of 14 children...yes 14! I graduated from Beal City High School in 1991 and CMU in 1995. My husband Ryan and I are the proud parents of Thomas, Carter and Ryan Jr. We enjoy sports of all kinds, especially if our kids are participating. Our family has been vacationing on Drummond Island every summer for about 15 years...we love it up there.

I am very happy to be a part of the Aggie family! Go, Blue!